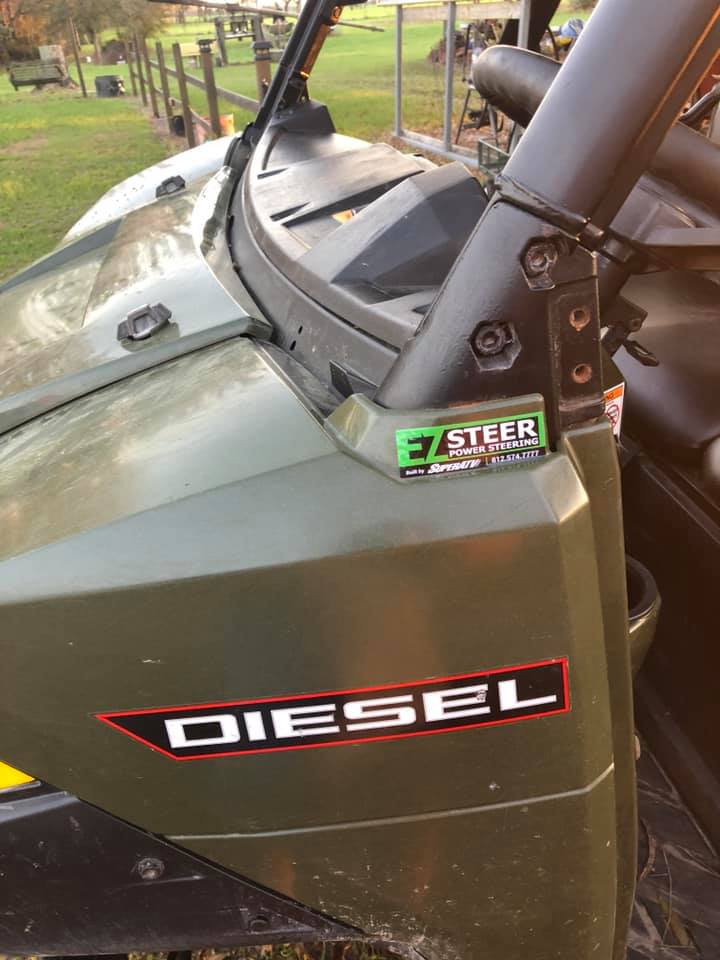 Conducting a thorough investigation into the various Polaris Ranger UTV editions is a wise thing to do before making a purchase decision  Although most Rangers models are designed to be multi-use machines capable of handling a broad variety of tasks, some Ranger editions excel in particular areas at the expense of others. The Polaris Ranger Diesel is a good example of this. In some ways, the diesel version of the Polaris Ranger is superior to the standard gas Rangers. In other ways, however, diesel Polaris Rangers underperform when compared to their gasoline-powered counterparts. But what exactly are the pros and cons of a Polaris Ranger Diesel? That is the question we’re answering here!

When one pictures a diesel-powered Polaris Ranger, one might envision a cool-sounding machine equipped with a turbo and a straight pipe rolling coal down dusty back roads. Others, however, might imagine agricultural applications when thinking about diesel Polaris Rangers. And when it comes to power, longevity, and convenience on the farm, ranch, or job site, diesel Polaris Rangers and Polaris Ranger Crew Cab Diesels prove highly advantageous.

Many farmers have big tanks of red diesel fuel that’s untaxed by the government for farm use, construction use, and other machines that don't use public roads -- and this can be tapped into if you use your Diesel Ranger around the farm. And even though the gas engines that power regular Polaris Rangers aren’t known for premature failure, the engine in a Polaris Ranger Diesel will typically outlast those of gas Rangers by a long shot. You can easily expect a diesel Polaris Ranger to last over 3,000 hours without a rebuild of any kind. Diesels are low-maintenance, so if you want a rig that’ll keep on chugging without requiring a bunch of upkeep, a diesel Ranger might be for you! 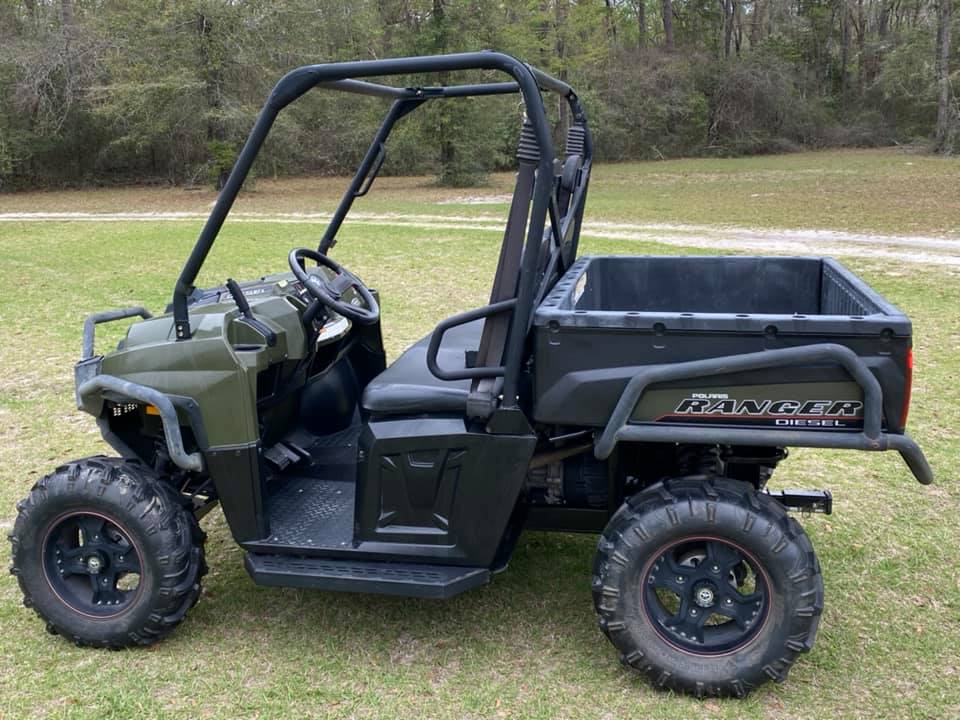 Another pro of owning a diesel Polaris Ranger is their incredible fuel economy. They use a fraction of the fuel that a gas rig does, and they can idle seemingly forever without guzzling down fuel. This is perfect for work vehicles, and grants users the ability to go and keep on going like the Energizer Bunny until the work is complete. You can use the high-torque production of a diesel Ranger in conjunction with a trailer to haul wood, dirt, and feed, or you can utilize the exceptional gas mileage of a diesel Ranger for herding livestock, growing crops, or transporting equipment from one place to another! 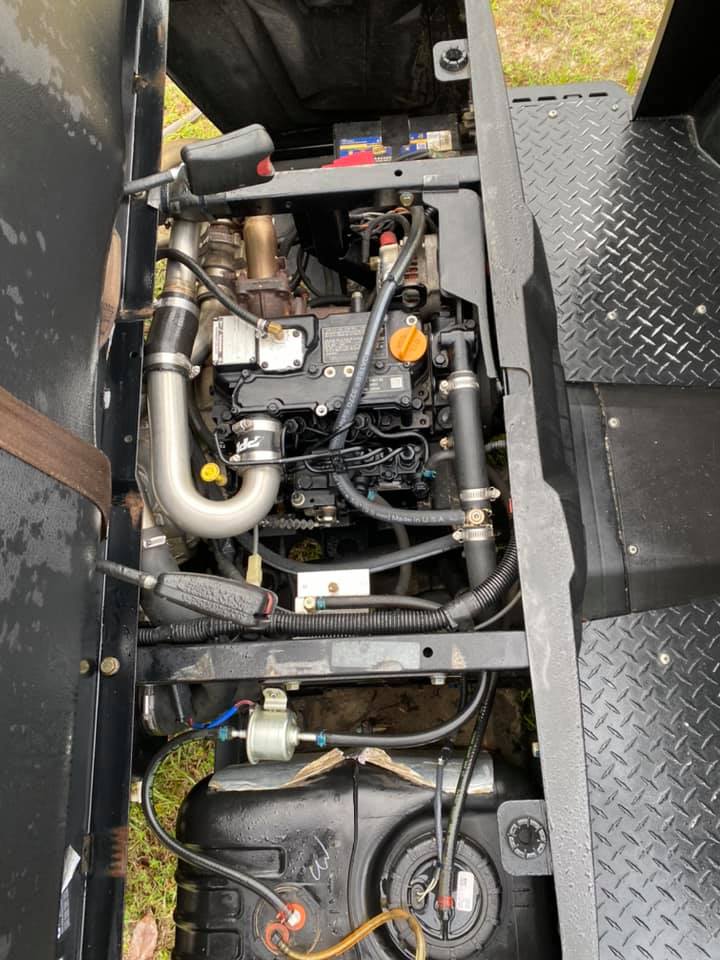 There are two types of engines that are used in a Polaris Ranger Diesel: Yanmar engines and Koehler engines. Both engines are rather noisy when compared to gas-powered engines, and parts for the Kohler 1000 diesel engines are hard to come by. Furthermore, Diesel Rangers are also quite a bit slower than gas Rangers. This might seem a bit counterintuitive given that diesel pickup trucks like the Dodge Cummins, Ford Powerstroke, and Chevy Duramax are super quick, but most diesel trucks also come with turbos -- which the stock diesel Ranger is lacking. Without an aftermarket Polaris Ranger Diesel turbo kit, you can expect to hit top speeds of around 20-40 MPH in a heavy diesel Ranger.

Another drawback of diesel-powered Poalris Rangers is that they struggle to crank / start in cold weather conditions. That being said, however, things like engine block heaters can be used during the coldest of days, and garage storage is all you’ll need for the rest of the milder days in most climates during winter. 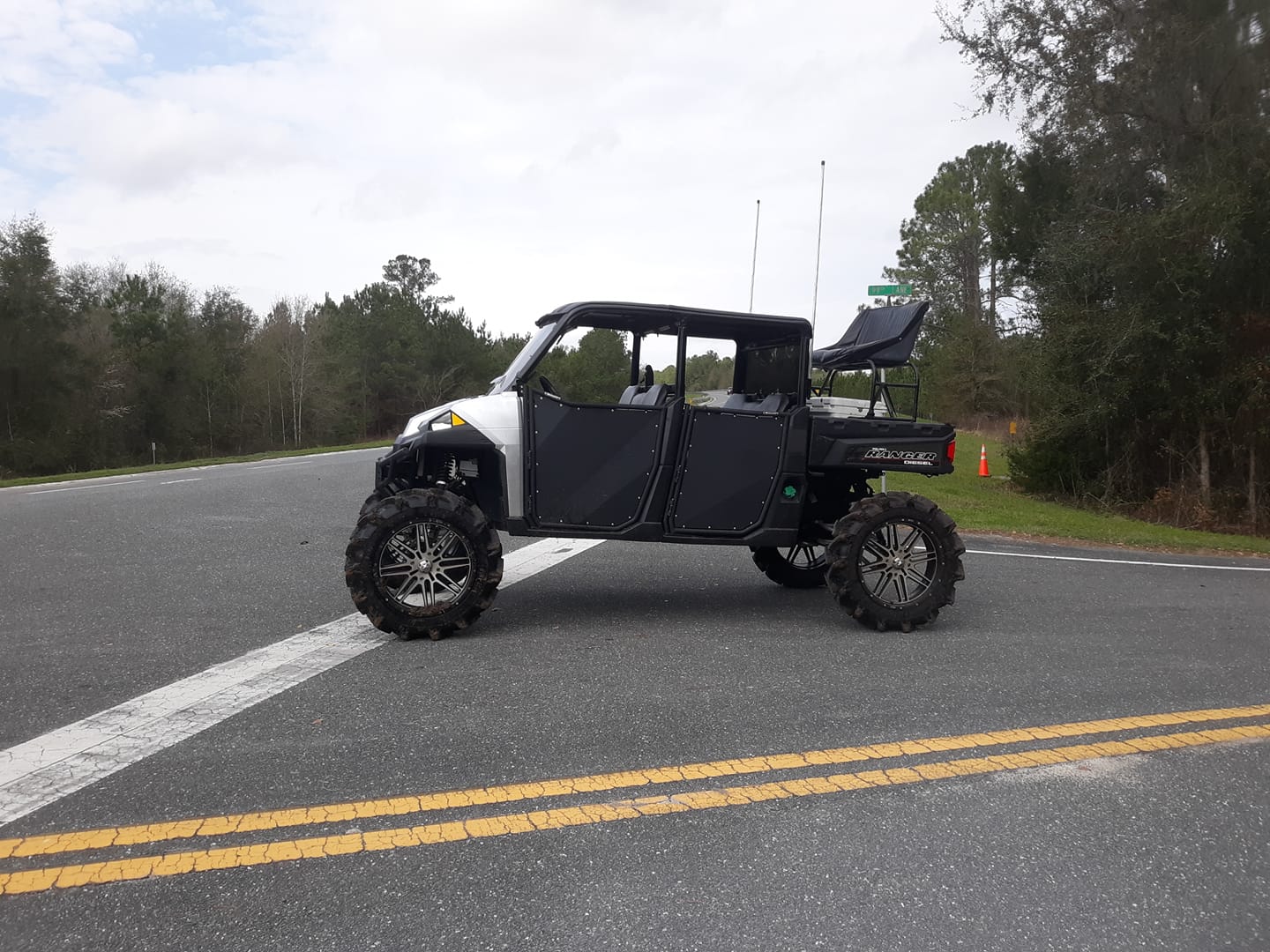 The huge low-end RPM torque, fuel efficiency, and reliability of a diesel Ranger makes it the perfect machine for some riders. But for others, the slow top speeds and noisiness of diesel Rangers are both dealbreakers. Diesel fuel is also less common in some areas -- such as the rural parts of Alaska -- which can make owning a diesel rig of any kind impractical and inconvenient.

The Yanmar engines in some diesel Rangers respond much better to boost than Kohler engines, which often crack at the heads when you try to get more speed out of them. The Kohler engines are 100% mechanical, and there is a screw on the side that can be adjusted to allow the rack to travel more, which can give you an additional 5hp or so. This screw -- which is a small bolt with a flat head and a rounded-out set screw keeping it locked into position -- is located on the passenger side just below the throttle cable. It has yellow paint showing where it was set from the factory, and can be adjusted for higher idles and slightly faster top speeds. 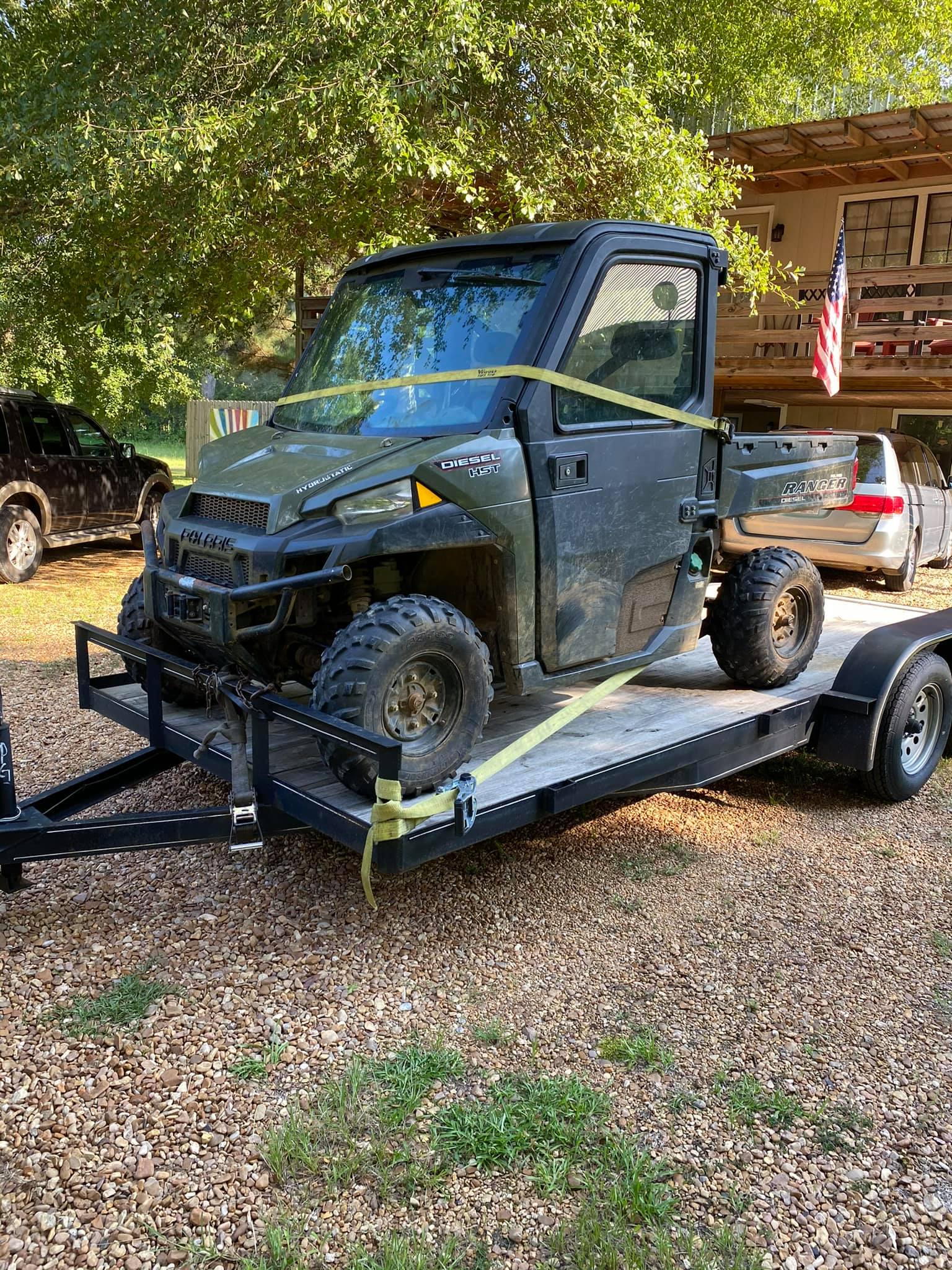 Some get diesel Rangers for work, and gas Rangers for play, while others choose diesel Rangers because they aren’t in a hurry and love the fact that they’re easy to take care of, last forever, and can pull like a freight train. Diesel Rangers have great trail manners, and they can tow just about anything you’d ever want towed. So consider these features carefully before popping on a new machine, and come to Everything Polaris Ranger if you’re already an owner of the Polaris Ranger Diesel and want to deck it out with accessories to make it quieter, faster, and better able to handle the cold!